Enter to Journal of SECURITY AND
SUSTAINABILITY ISSUES page

Register for an ORCID iD (for authors and reviewers):

The analysis of the comparative efficiency of state support for natural gas production: the case of some OECD and BRICS countries

Energy subsidies stimulate excessive energy consumption, accelerate the depletion of natural resources, and reduce incentives for investment in green energy and renewable energy sources. In response to these factors, in 2009, the G-20 countries agreed to phase out fossil fuel subsidies. Subsidizing fossil fuels has significant economic consequences, such as creating artificial incentives for the development of traditional energy sectors, leading to unequal distribution of benefits from the development of natural resources among the population, as well as further burdening the state budget. In this research, the DEA method (Data Envelopment Analysis) is applied for a comparative cross-country analysis of the efficiency of government support for natural gas production in seven countries – the leading producers in the world – for the period 2013–2018; this comprised of four OECD countries with developed economies (USA, Canada, Norway, and Australia) and three BRICS countries with developing economies and emerging markets (China, Brazil, and Russia). An extended version of the DEA method allowed us to evaluate not only the technical efficiency but also the price efficiency of budget support for natural gas production in the considered countries. The data for the empirical model characterizing the extent of financial support extended to natural gas producers through budgetary transfers and tax expenditures were retrieved from the the OECD statistics database. The obtained results indicate the low efficiency of state support for natural gas production in Russia. The Russian government’s policy is not directly aimed at an extensive development of the oil and gas sectors. Furthermore, urgent measures should be adopted to end inefficient energy subsidies that stimulate wasteful consumption of non-renewable raw materials and fossil fuels—an obligation for all G20 members. The economic and financial implications of ending fossil fuel subsidies should be comprehensively explored. In this regard, DEA models for evaluating the relative efficiency of state support for energy subsidies can be used as a powerful tool for solving a complex and crucial task of reforming the country’s energy policy in line with global climate goals.

This is an open access issue and all published articles are licensed under a
Creative Commons Attribution 4.0 International License

Recognized by:
National Agency for the Evaluation of Universities and Research Institutes 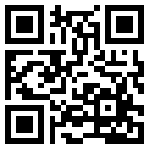